You know how kids say the oddest, most random things sometimes?

It’s Saturday morning. I’m working away at the computer, my son is playing with toys next to me. He switches from animated talk to his toys to his serious tone, looks up at me and asks, “Mom, do you think you’re fat?”

My initial reaction is SHOCK.  Shock is followed by rage, as I run down the mental list in my head of people who might call me fat to my child.  Deciding this is crazy, I calmly reply, “Sometimes I think I’m a little overweight, but overall I’m happy with my body.” 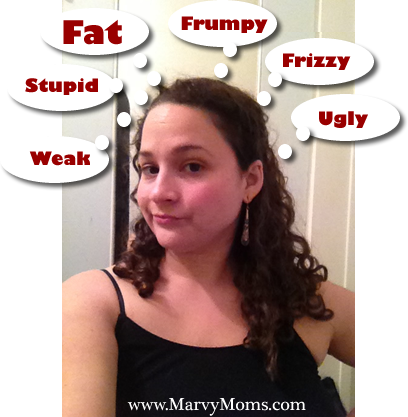 Apparently this only slightly calms his fears as he replies, “Mom, you never are.  You NEVER are.” His voice has that sad little quiver in it, and I can see his lip wobbling a bit.  We hugged and I told him I’m comfortable with my body, and my belly, because it grew a person and that’s awesome. I know this idea is repeated everywhere on the internet, but I can’t stop coming back to it. I grew a person!

I asked him why he was thinking of this but he didn’t have a real answer. He helped me on a recent shopping trip and I suspect that some of my words in the dressing room left an impression.

So I’m revisiting a rule that I established for myself a little while back but maybe have become lax about, which is not to put myself down.  Not in my head, not out loud. The fact is that little ears are always listening, and I feel so much better about myself when I don’t use them.  If I wouldn’t talk to a friend like that, if I wouldn’t talk to my child like that, then I try not to talk like that to myself.  I’m touched that how I feel about myself matters so much to him. More than that, I want him to grow up comfortable with himself and his body, and not focusing on the perceived flaws. Along with my rule, I’m adding a new goal, which is telling  myself how awesome I am more often, out loud and in my head, and not just for physical reasons. 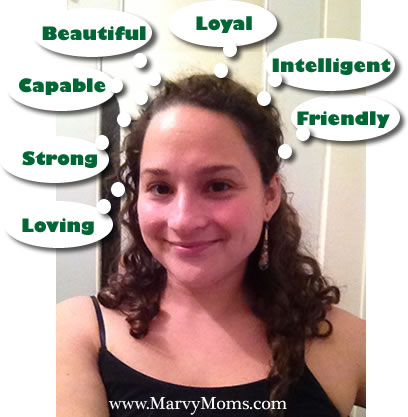