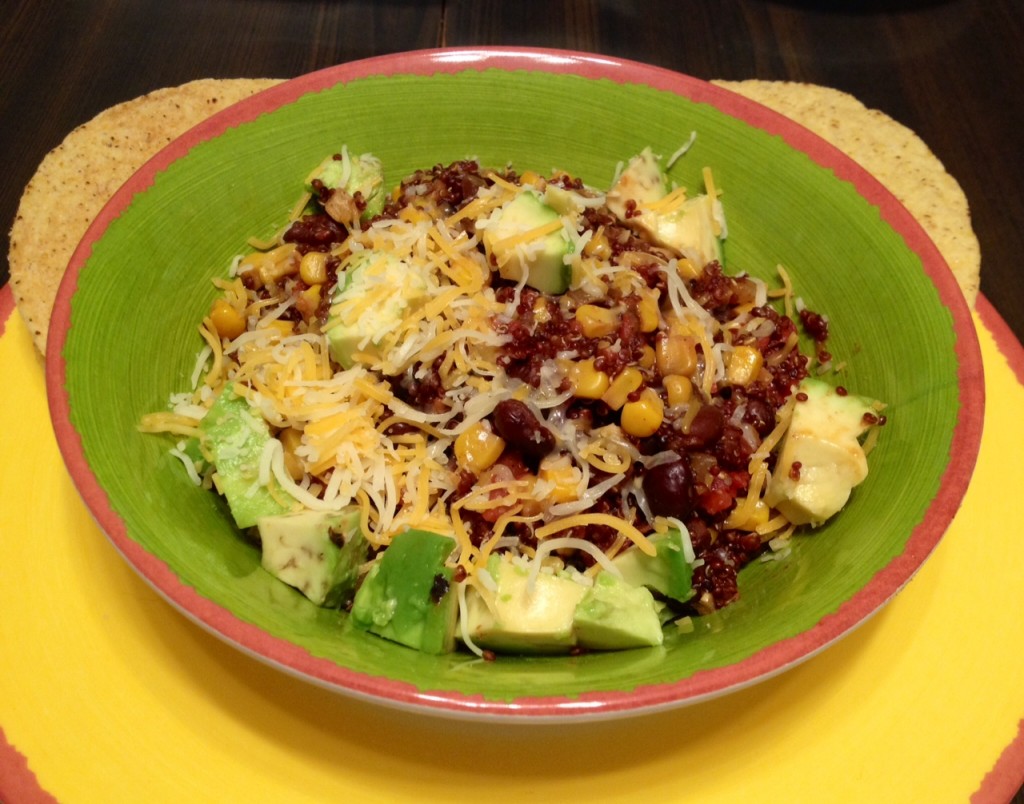 Quinoa (KEEN-wah) is not the kind of food that anyone I know has often enough to respond “Oh, no! Not quinoa again!” It’s super tasty. I’m also in love with cumin, so when I stumbled upon One Pan Mexican Quinoa I knew I didn’t need to search any further.

I changed the original recipe just a bit. I added one chopped onion with the garlic and jalapeno, used an entire can of corn and red quinoa. Opinions differ as to whether you should rinse quinoa before you use it. I usually do, because it’s not super labor intensive. I used one and a half teaspoons of chili powder and cumin each, because I thought it needed a bit more flavor to it. I thought one jalapeno for the whole dish was pretty mild, so you can customize to your taste.

I served it with the avocado on the side and shredded cheese. The recipe says that it feeds four, but I served five grown ups and two children with it. I pulled out taco shells for the kids. Everyone was happy, even the grandma who can’t stand spicy foods, the picky five-year-old, and the six-year-old who normally demands meat. I felt like I won the lottery.

What are your favorite one pan meals? How do you stay or get out of the rut of eating the same thing over and over again?