By now you may or may not have heard about this whole make-your-own-deodorant trend.  I ditched conventional deodorant about four years ago and really only wear it a couple of times a year – usually when I’m wearing a fancy dress.

This recipe is super simple.  Here’s what you need: 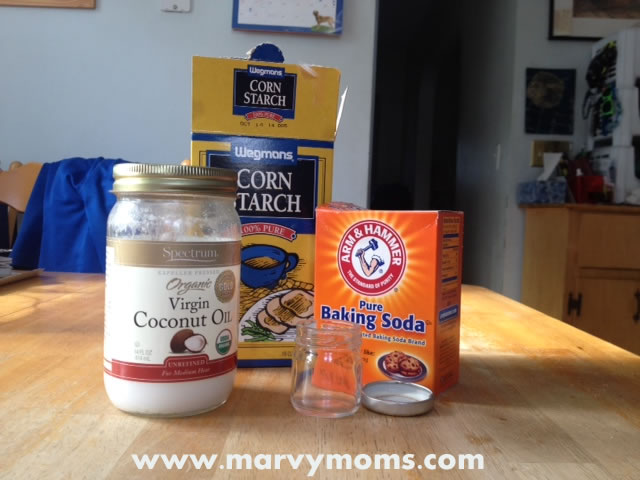 Essential oils are optional. Lots of recipes I’ve seen call for them, but I don’t think you need them. If you have them and want to add them, go for it.

Coconut oil can be pricey. The nice thing about investing in a jar is that you can use it for so many things. I use it in cooking, in this deodorant, and also in a mix with Shea butter as a moisturizing lotion. This jar is about halfway gone and I’ve had it for about a year.

The container I chose holds about 8 teaspoons and was part of a jelly sampler someone had given us. I recently saw the same sized jars at Wegmans (our local grocery store) in the canning aisle for $1.49 each. A shallow canning jar will work too. Really, anything with a lid on it that you can fit your finger into to scoop it out.

For this batch I used a ratio of 4 parts coconut oil to 3 parts corn starch to 1 part baking soda. Some recipes call for more baking soda (I’ve seen as much as half BS/half corn starch suggested) but I found that this amount burns my skin. If you have an itchy or burn-ey reaction after several applications, cut the baking soda down.

Since I knew that this size jar was about 8 teaspoons, I used 4 teaspoons of the oil, 3 teaspoons corn starch, and 1 teaspoon baking soda. Coconut oil is solid at room temperature, but but this mixture seems to stay soft enough to apply.  It should look like frosting once you’ve mixed it. 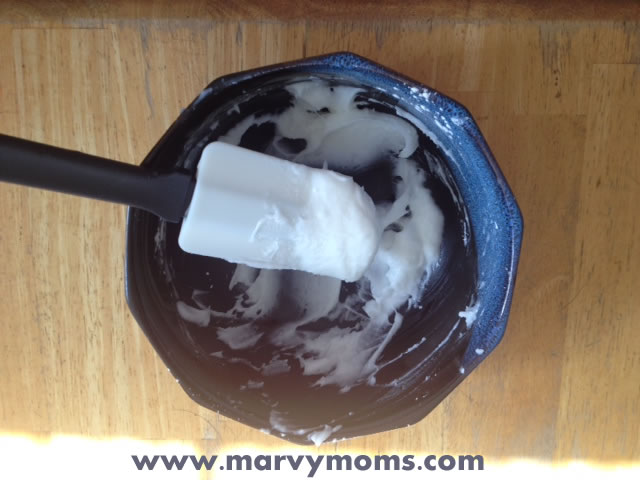 Too solid would be if you scooped some out on your finger and it didn’t melt a bit.  You want it to be at least wet enough to melt into your skin when you apply it.

Put it into your container and you’re done. 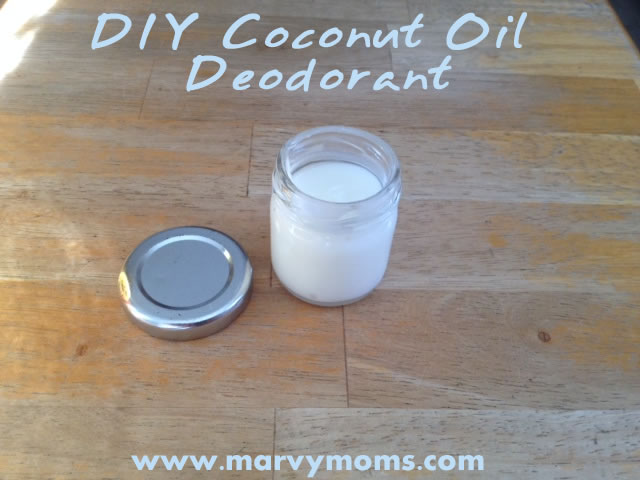 Use a clean fingertip right after a shower and apply.

Now you might be asking yourself, “Does it really work?” I think so. With hygiene habits normally employed in our culture, this should work. I’ve also made this recipe for a couple of guys and they’ve said it works too. Making a switch from conventional to any other kind of deodorant (or none at all) may leave you a bit smellier in the initial few days (it does for me anyway), so keep that in mind. That said, I am employed, I am a college student, and I work out (sometimes). I have not had any complaints from anyone about my personal care. None of the people that know me or love me have said that I smell, nor have I noticed any disgusted and/or horrified looks from strangers.

Now go try it for yourself! Tell us about any modifications you make so we can try it too.